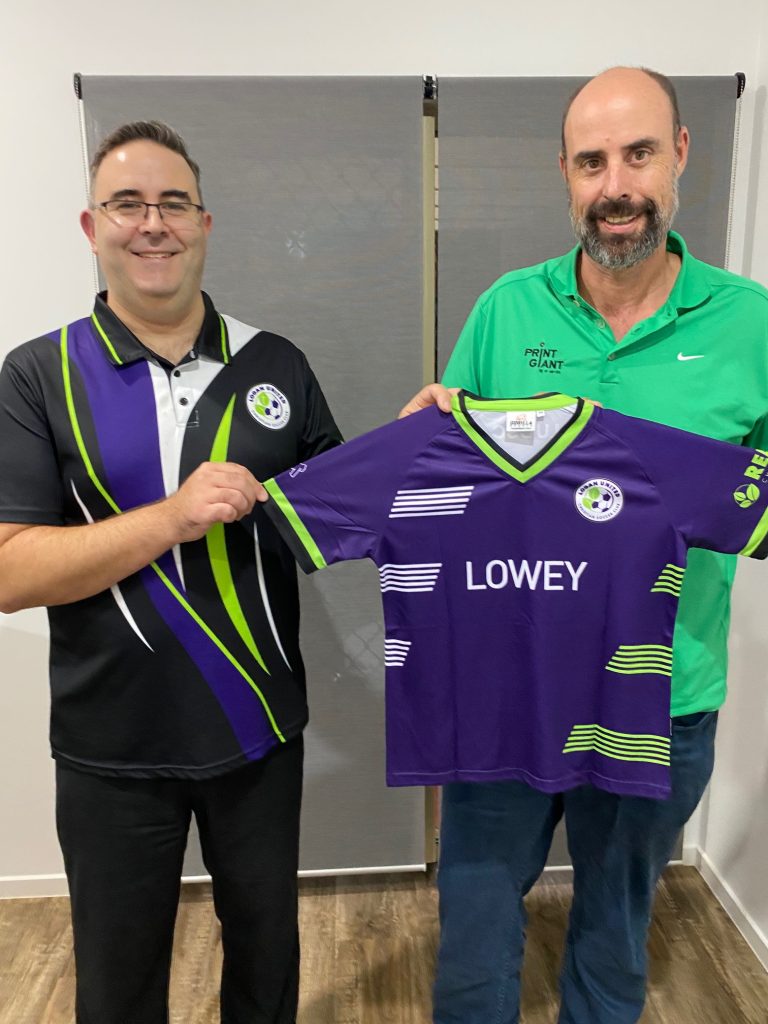 As we count down to the start of a new season when the club starts wearing our new jerseys, it is a great opportunity to acknowlege those sponsors who have have jumped on board to sponsor the new kit.

This week we start with Print Giant.

Print Giant is delighted to sponsor Logan United Christian Soccer Club with new kits for their 2020
junior team. Print Giant has dedicated this sponsorship in memory of our great friend John Lowey
who sadly passed away unexpectedly in August last year.
John Lowey was drafted with Manchester United at the young age of 15 and turned professional
while at the club. He spent time playing in America for Chicago Sting and California Sunshine before
returning to England and playing for Sheffield Wednesday and then Blackburn Rovers. He moved to
Australia and finished his career playing for Brisbane Lions (now Queensland Roar). A versatile
footballer, John played most of his career as a midfielder. John met and played against some of the
greatest names in world football but one his greatest highlights was playing on, and swapping
jerseys with, the greatest of them all Pele.
John had a tremendous passion for the development of grass roots football in the greater Brisbane
area, he also coached and managed his son’s local team. We know John will enjoy watching LUCSC
Juniors from above this year, our footballers of the future, in the very game he dedicated his life to.